The Operator Belt is compatible with most accessories. The utility loops secure items and allow the belt to be removed leaving your gear attached. The Operator Belt works best with our Base Belt. 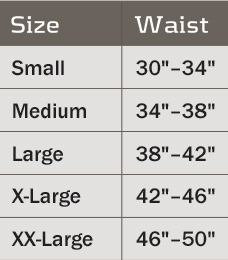